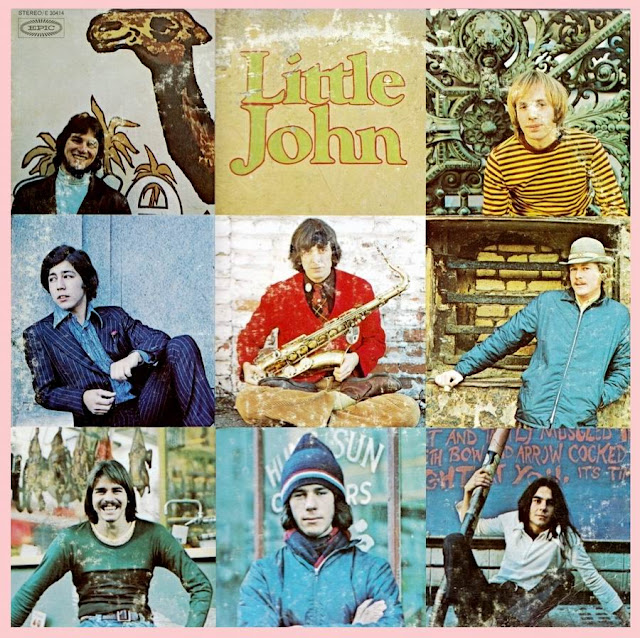 "Turn Your Face To A Smile"

This record is by a new and expanded Little John: they have added two new horn players, a keyboard man, a lead singer-and a producer. The producer is Roy Halee who has previously produced and engineered albums by Laura Nyro, Blood, Sweat & Tears, and Simon and Garfunkel, This coming together of group and producer was the result of a beautiful coincidence which has created a beautiful album. Little John is the first San Francisco horn band, and includes eight members, all from the Bay Area, except lead guítarist John Hart who is an Englishman. The band was engaged to help Halee work the bugs out of the newly created Columbia studios in San Francisco. Roy was so impressed he decided to capture Little John permanently by taping them in the studio. It turns out that the coincidental combination of new studio, new Little John and experienced producer sounds fine-just fine.  Christine Keller 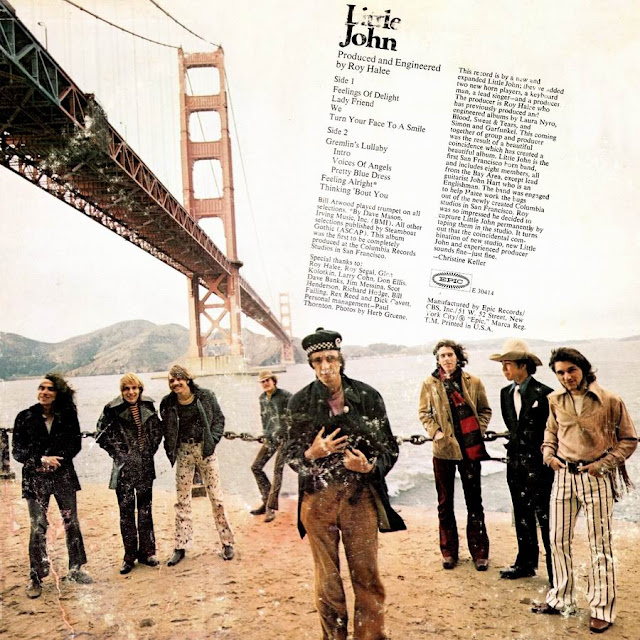