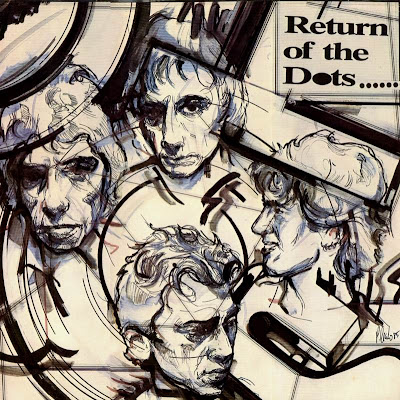 Notas da contraportada
After the record companies had drained the late 'Seventies New York Scene' of its most commercial groups, The Dots were one of a batch of local bands poised to constitute a rejuvenating shot in the arm. But trends changed, the scene fell in on 'itself, and local talent that didn't go under became a club of survivors in a , sea of fashionably interchangeable faces.

The Dots refused to die. They soldiered on, evolved, continued to concoct their own brand of witty musical good cheer. One "liability" has been that they've never been apart of any trend, far too eclectic for anyone pigeon hole to suffice. For example, they've always been too poppy and unserious to be considered punk, even in their rawest state (e.g. "I Don't Wanna Dance"). However, it was the energy and exuberance of their Washington D.C. shows that inspired some folks named the Bad Brains to take up high-speed rock-n-roll (and Jiinmi Quidd produced their first single, as well as discs for other punky types like the Undead, for Stiff Records).

The Dots' refusal to compromise their unique blend of styles left them without a major label contract. When being a group proved no longer viable, the Dots went on to pursuits, musical and otherwise. But the group identity has had a life of its own. Promoters would call wondering if they'd reform for a jaunt to one of the several cities thafve been like homes away from home to the Dots. Fans were anxiously waiting for them to commit something to vinyl.

That's how this album came about. On a recent trip to New York, Dimitri Hegemann of Rebel Records happened to near the Dots' music and was so excited by their sound that he convinced them to assemble this sampler of their work past and present. It's by no means the perfect representation, but you can still catch the buzz, the good songs, the panache; the sheer fun.

You never can tell, either the Dots just may be invading your town in the near future, so you should be prepared. Get Dotty! Jim Green, Associate Editor Trouser Press 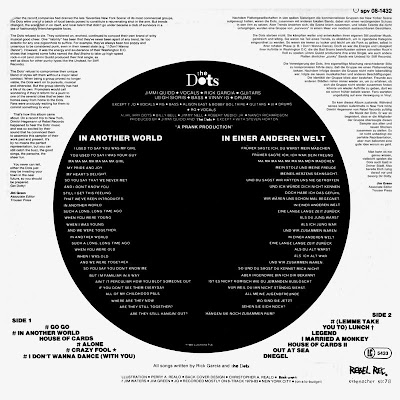