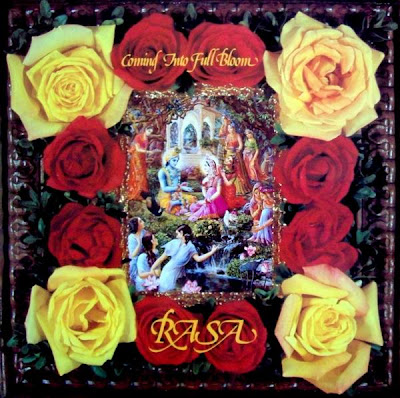 The group RASA began in the summer of 1978. Robert Campagnola, then known as Harikesa Swami, had been playing devotional Sanskrit bhajans in a joking manner on a large organ recently donated to ISKCON Germany. Some of these songs were recorded and the tapes passed around. Jorgen Sundsvall (Vegavan das), heard these tapes and decided it could be potentially profitable to record an album and distribute it. He invited Robert into a room in the building where they stayed where he had secretly arranged a recording session with a drummer (Dattatreya), piano player Madhava Puri Das (Mats Olausson), electric guitarist (Stig Sjoberg), bass player and a recording engineer (Sperling). Robert sat behind the piano and started spontaneously playing Cintamani while the others gradually joined in. This became the first track on the extremely successful album, Oasis, which sold many hundreds of thousands of copies throughout Europe. Subsequent RASA albums were released, some with the same original musicians, and the band grew so popular they were requested to play the large open air concerts in Germany before huge crowds.
To facilitate the recording of the material, Robert built a recording studio in Korsnas Gard, Sweden, with the help of Ekhardt Matz (Ekanath das) and others. Together they learned the art of recording, mixing and mastering, and custom built many of the facilities within the studio that were used to record other albums and shows for bands and Radio Krishna, a popular Narradion production for Stockholm. The music and lyrics were either adaptations of traditional Indian songs or original compositions by Robert. The band ceased to exist in 1984 . From 1987 till 1995, Robert recorded under the band name of BLISS. 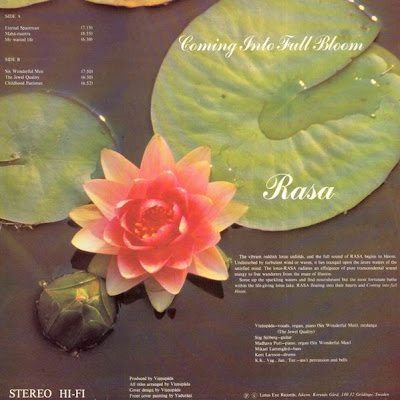