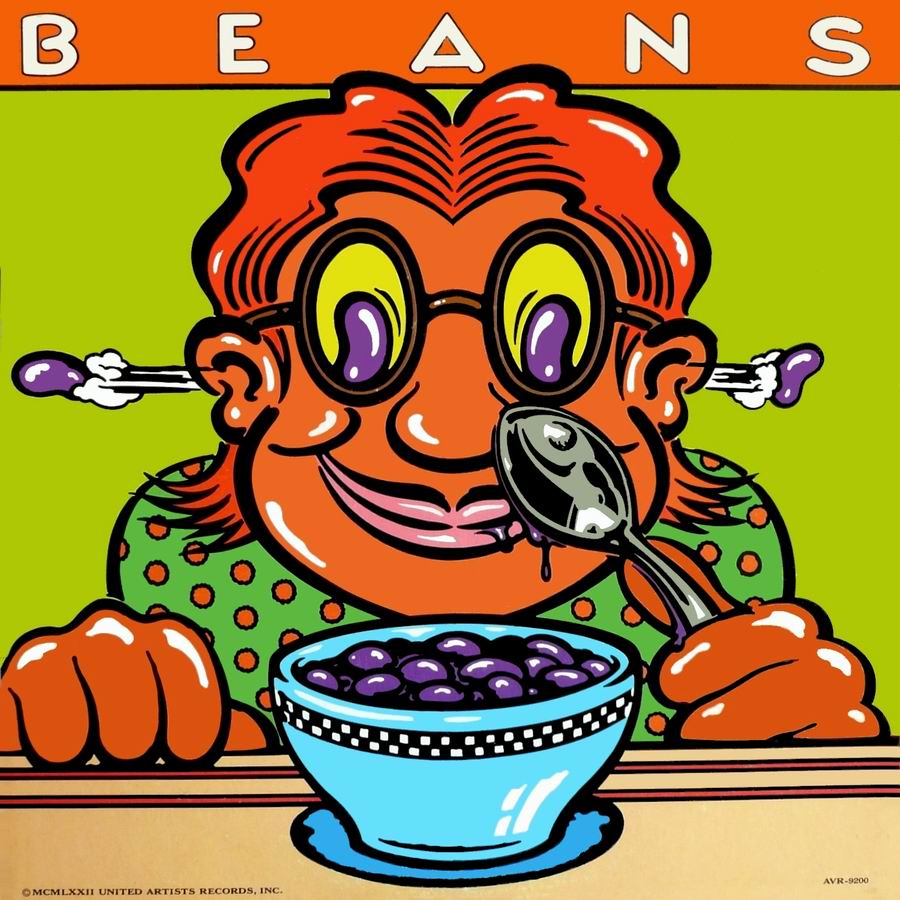 I looked at your blog, and saw that you had a lot of interesting stuff on it. Thank you for including our music there!

Here is a quick history:

The group was formed almost accidentally in the spring of 1969. We were all students at Rutgers University (New Brunswick, New Jersey), and we met each other at a small club which hosted an “open mike” every week. I met two fellows, named Flip and Paul, who were looking for a room mate. I moved in to their place, and we started playing and jamming together.

The night before the show, I walked into our apartment and there was a guy named Luis Molina, who I’d never met, sitting in the living room with a conga drum and some hand percussion instruments. Paul and Flip told me that they’d asked Luis to play with us. We played the songs we were going to do, and we were so thrilled with how it sounded that we decided to be a band. Paul was the one who came up with the name “Beans” and we started using it immediately.

The show was magical.  We were so excited about how much fun we’d had, how well everything had sounded, and how the audience had responded so enthusiastically to us. A musician friend of mine named Arnie Platt had come to hear us and brought along his friend, John Felizzi. At the time, John was working at Columbia Records in New York, and he became our manager.

A few months later, Flip married his girlfriend, Lois, and he dropped out of the group. That’s when we asked Skip Roberts to join us. I’d known him almost since my first day of classes my freshman year and he was one of the few players that I really enjoyed hearing. I was very happy when he accepted our offer.

Even when I was still at Rutgers, I was a full-time musician in New York, playing for band leaders who played for parties. At that time, I would usually do an afternoon and an evening party, with a few hours in between. And, in between gigs, I would often go to Greenwich Village to get something to eat. One afternoon in 1971, I went to a guitar store in Greenwich Village, and started talking to a man I met there. He told me he was a producer and an arranger, and I told him about Beans. He asked if we would come to his Manhattan apartment and play for him, which we did, and he loved the songs and the group. At the time, he had an arrangement with a recording studio where they would let him record two songs for free, and if the group got a record deal, then the album would be recorded there. Dave produced and mixed two songs for us, which became our “demo” that we could use to shop a record deal.

We got our recording contract because another Rutgers student named Stu Greenberg, who was a friend of Paul’s,  had started working for United Artists Records in New York. The company was starting a new division called Avalanche, and Stu set up a meeting at their office.  They liked the tape of the two songs and they offered us a deal. We took it, and we became their first group.

The album was recorded at Sound Exchange studio (8th Avenue and 54th Street) during the summer of 1971, and released about January 1st of 1972. The week the record came out, Cashbox and Record World (two of the three main trade publications) selected the album as one of the week’s best releases. We started getting airplay on the main FM stations along the east coast, and it seemed like we were going to make it. However, on March 3rd, Skip was killed in a car accident. Not only was his death a horrible loss musically, it was a huge personal loss because we had become a brotherhood. It was as if we’d lost a brother.

Another Rutgers fellow took his place for two or three months until about May or June. He and Luis injected themselves to get high, used the same hypodermic needle, and both contracted Serum Hepatitis. That was the final blow that ended the group, because it was going to take months for the two of them to heal. We had to cancel all of our upcoming gigs for the foreseeable future because of their one mistake.

I had another band from 1973 to 1978 called “Johnny’s Dance Band”, which recorded for RCA Windsong. I’m on the first two of the three albums the group recorded.

Luis Molina died in 1993 from a heart attack at the age of 44. He had called me sometime back them, and we’d seen each other a couple of times, including my visiting him at his home in southern New Jersey. He had remarried, and seemed to be happy and doing well. He was playing music occasionally, bit made his living by working for the New Jersey Casino Commission.

Almost as soon as we started talking to each other, his called stopped. Later, when I tried to contact him, I could no longer find him. It was like he disappeared. His son had found me on the net last year, and he had told me that he had died back then.

I don’t know where Paul is. The last thing I heard was that he had moved to Miami about twenty years ago. Who knows? I might be the only one left!

Even though the album was released almost forty years ago, I am amazed and gratified that people are still enjoying our music. Being with “Beans” was a very special chapter in my life, and I was very blessed to have been a part of it. 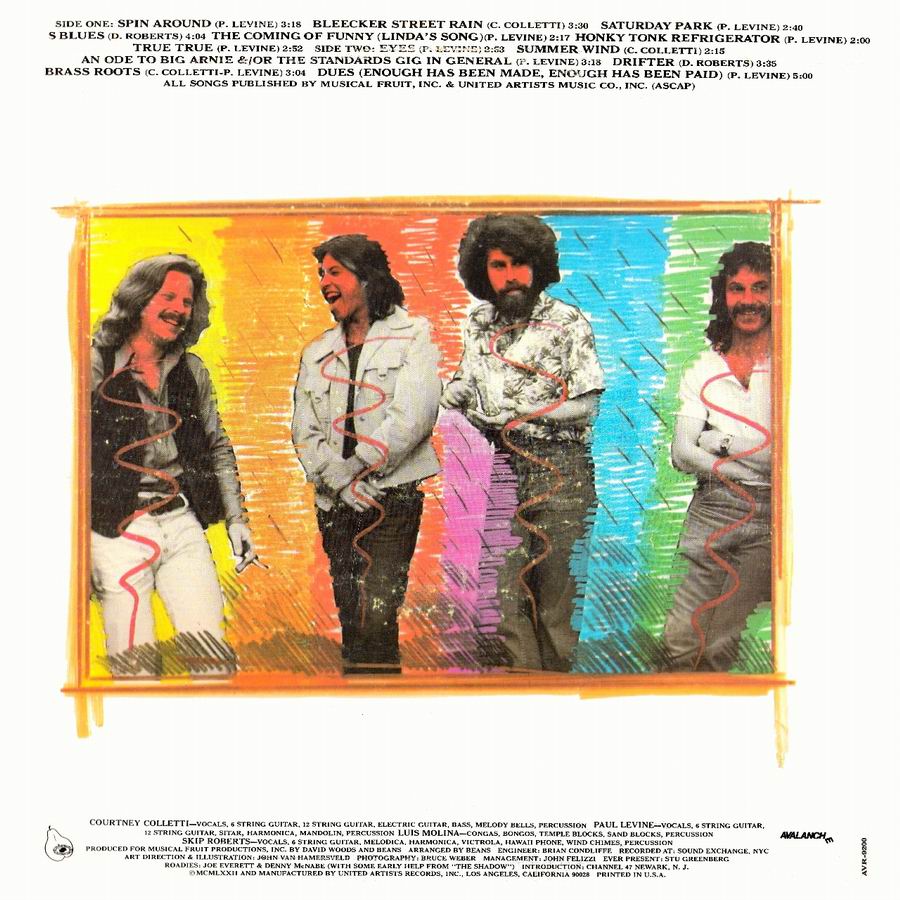