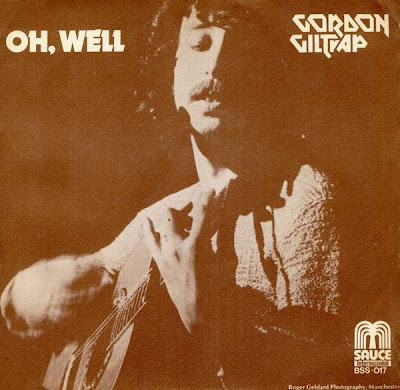 The B side is "Reflections & Despair" from his September 1977 best-selling L.P., Perilous Journey. This, together with the Visionary album from the previous year, consolidated his reputation as a contemporary musician/composer. Giltrap is at present writing material for his new album, Fear of the Dark, which will be recorded in June and released by The  lectric Record Company late in September.

Like Visionary and Perilous Journey, Fear of the Dark will be produced by Jon Miller, Roger Hand and Rod Edwards. Gordon Giltrap will undertake another tour of Britain towards the end of the year with the same band - Eddy Spence and Rod Edwards (kevboards), John G. Perry (bass) and Clive Bunker (drums).
Publicado por 18 RODAS ás 7/10/2010