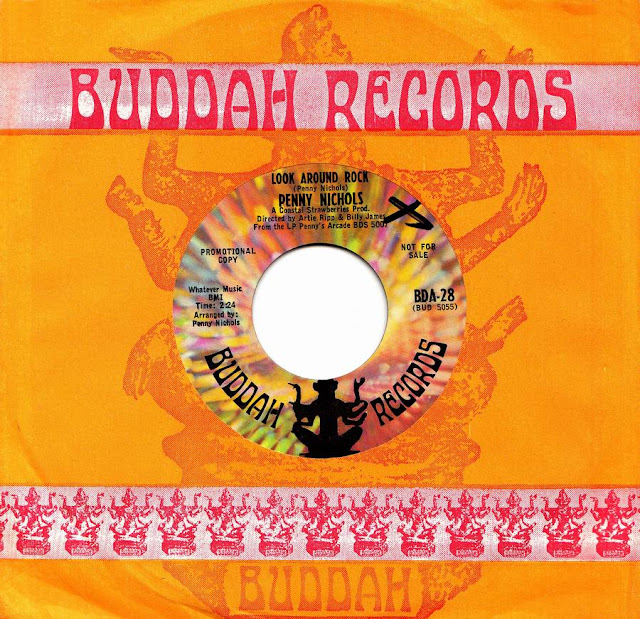 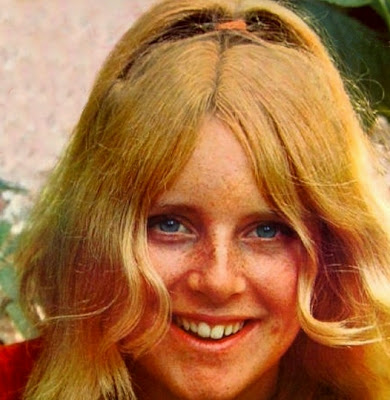 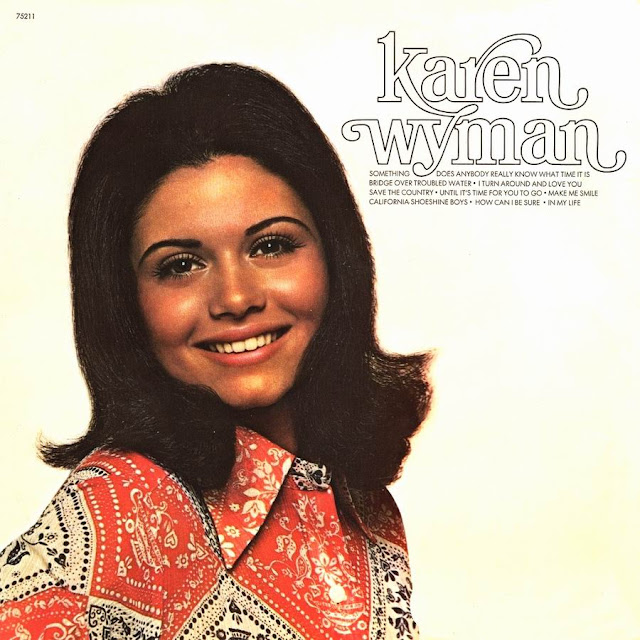 "Karen, you're just wonderful," Ed Sullivan said. "I've never heard a greater ovation for any performer from our audience than you've just received." That was June 22, 1969, and the 16-year-old singer had just made her second network TV appearance. The cheers still echo. They began with her first TV appearance, on the Dean Martin Show on March 27, a few months before her Ed Sullivan Show triumph. On that first outing, she sang two songs, then joined Dean in a six-song medley. She bowed off to deafening applause. "You are wonderful," said the usually casual Mr. Martin. "And you're beautiful and you're some kind of singed"

In your hands you now hold the proof of Dean's statement, Ed Sullivan's declaration, and the wild enthusiasm of Karen Wyman's audiences. It's her first album, and one that has probably been the mostawaited, most carefully-planned ... and the most exciting in many a year. For when Karen Wyman appeared on the Dean Martin Show, she was an absolute unknown. But before she'd finished her first song, the Bronx high schooler was on her way to becoming the hottest property in popular entertainment. She has been polishing her natural style, and learning to do more daring and exciting things with her voice. She has range and power, and she has style. That's why this album is so together. Not because it's the 17-year-old whiz kid doing her thing. Rather, it's the debut album of an extremely gifted young talent taking her first steps. Listen, and hear how firmly and confidently she takes those steps. And how beautifully. Treat yourself to Karen Wyman! 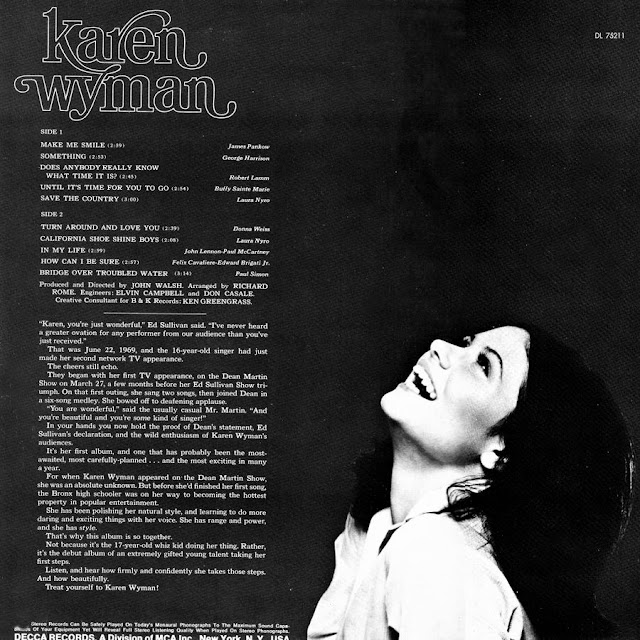 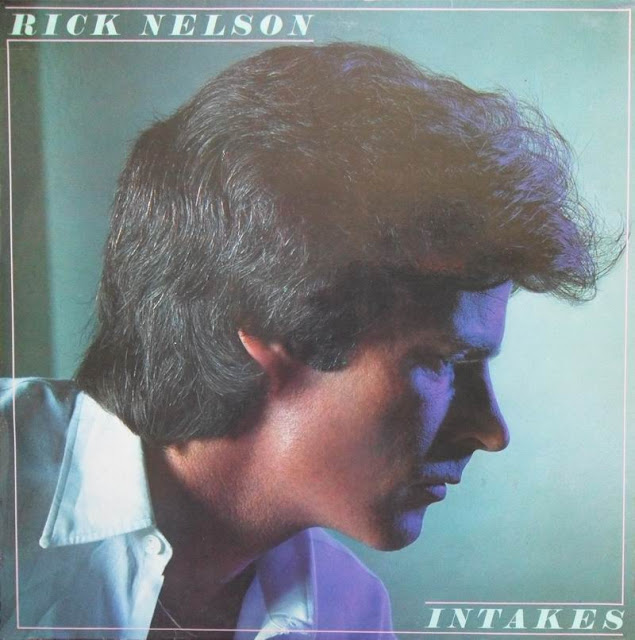 
Rick Nelson and the Stone Canyon Band's last album for MCA, "Windfall", was released in January 1974. A couple singles, "Try (Try to Fall in Love)", and "Rock and Roll Lady", followed in 1975, and then Nelson parted ways with MCA. Epic Records signed him in 1976, and his first album for the label, "Intakes", came out in the fall of '77. Epic suggested Keith Olsen (producer of Fleetwood Mac) to work with Rick on the album, but Nelson ended up producing most the tracks himself. The sound on "Intakes" is more pop/rock and less country rock than "Windfall". Tom Brumley's steel guitar is featured on only half the tracks, and drummer Ty Grimes has been replaced by Steve Duncan. There's also studio help from session men Jai Winding (keyboards) and Roger Bush (slap bass). Jay De Witt White is still on bass, and contributes two songs, "Five Minutes More', a upbeat pop/rocker, and the soul-ish "Change Your Mind". Dennis Larden continues on lead guitar, and has two folky acoustic songs on the album, "Wings" and "One By One" (which should have been a single - Rick's senstive vocals, excellent band harmonies, and Brumley's pedal steel solo make this one a standout). Rick himself wrote two songs on the album, "Something You Can't Buy" (reportedly inspired by his wife's spendthrift ways), and the piano ballad "It's Another Day", about a couple drifting apart. There's also excellent material from outside sources - Baker Knight's straight ahead rocker "I Wanna Move with You" (with one of Larden's best electric guitar solos), the catchy, hook laden "You Can't Dance" (Duncan's drumming shines here), Gallager and Lyle's countryish "Stay Young" (with another excellent Tom Brumley solo), and the old r&b hit "Gimme a Little Sign" (with Rick on lead guitar). Rick is at his best vocally on this album, and the harmonies by the Stone Canyon Band are strong. The album sounds like a strong commercial effort, yet it failed to dent the charts for even a few weeks. How could it have missed? Did Epic just throw it on the market with no promotion? Or was radio just too resistant to a veteran artist making a strong contemporary statement? It's never come out on cd, although seven of the tracks are on "Stay Young: The Epic Recordings". I recommend buying the original album. Get yourself a needle and turntable, and listen to some of Rick Nelson at his best. Ron 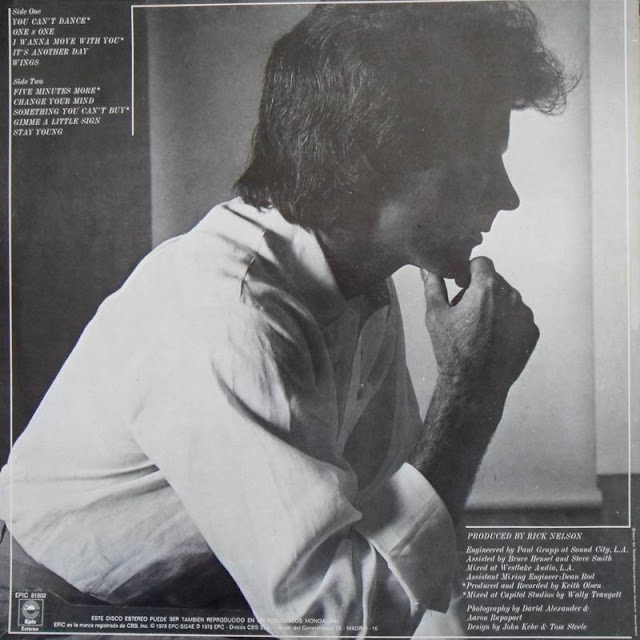 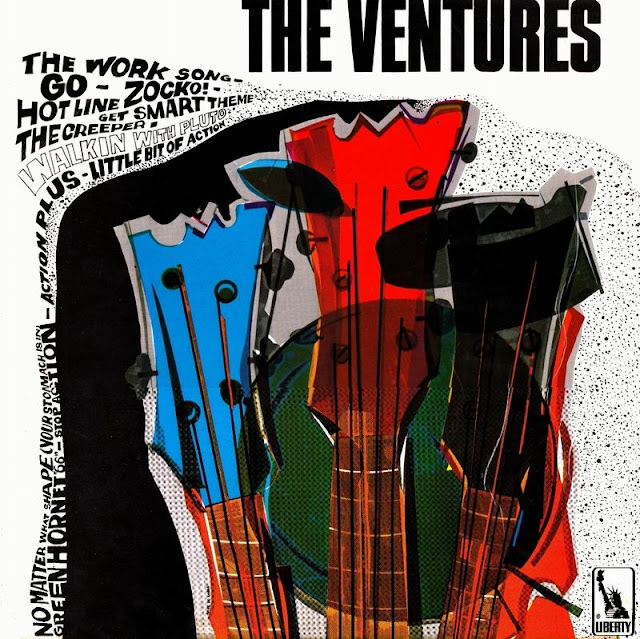 "No Matter What Shape" 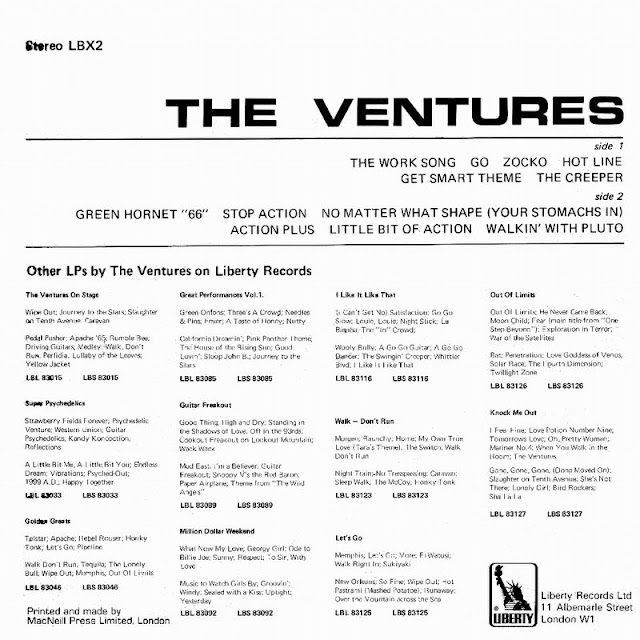