With his background as a television soundtrack and jingles arranger, but also possessing a deep knowledge of the history of jazz and popular orchestration, George Tipton was the perfect collaborator for Harry Nilsson in the late '60s, bringing Nilsson's wonderfully skewed sense of pop to life on a series of classic albums that flirted with commercial appeal even as they undermined that appeal with deliberate quirkiness and a wink of the eye. At some point the two had a falling out, but assumedly before that happened, Tipton released this charming set of Nilsson tunes reassembled and reshaped as MOR instrumental fare in 1970. The album works for the same reason that Nilsson's albums work -- that goofy love of what pop music can be when a little intelligence, grace, and joy are applied to it. “Rainmaker” emerges in Tipton’s tribute version as strong, sturdy, and sure, like a bold theme to some sweeping television Western, while the repositioning of “Nobody Cares About the Railroads Anymore" sounds like a vintage 1940s vocal jazz piece. “Think About Your Troubles” is lovely, bouncing, and soothing, sugary but not to a fault. “Without You” keeps its wounded grace even as it emerges as a gentle dance samba. True, these tracks are really just a button away from being elevator music, but somehow they aren't. Tipton saw the musical history and structure that were inherent in Nilsson's songs, and with his own musical background, he knew how to bend them into familiar shapes -- make that almost familiar shapes. Nilsson's odd and joyful melodic signatures always shine through. Steve Leggett 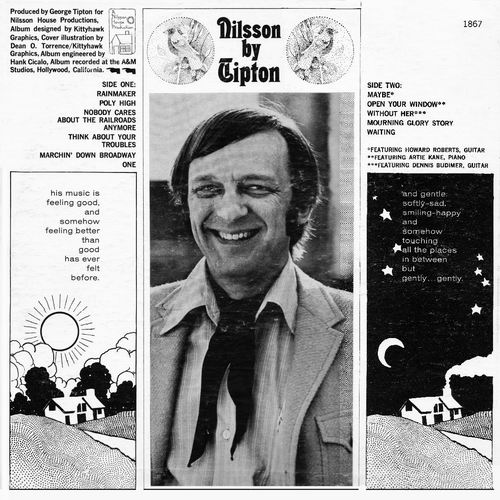 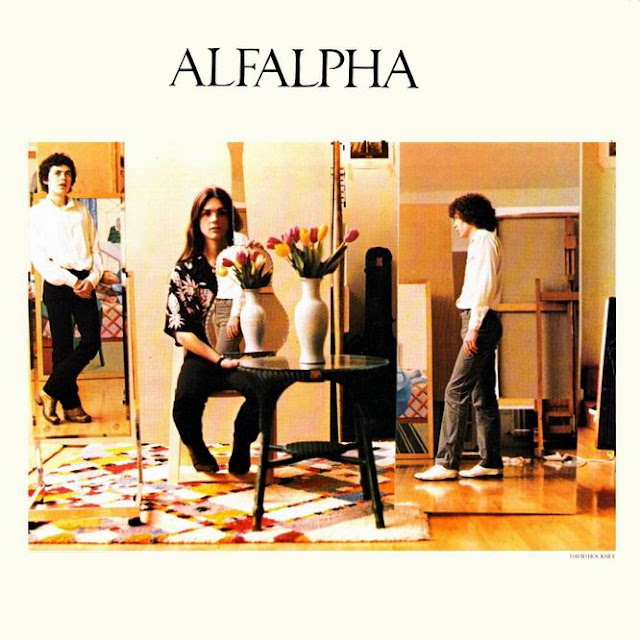 
With a rather stylish album cover created by none other than renowned artist David Hockney; Alfalpha had some serious friends in high places with the inside sleeve namedropping Pete Townsend/ Pink Floyd drummer Nick Mason and more importantly Marc Bolan of T Rex. It's the connection with the godfather of glam that reaped big dividends including contributing vocals to what would be the final T Rex album "Dandy In The Underworld" and several appearances on Bolan's short-lived television show "Marc" which ran for six episodes before his untimely death in September 1977.

I Indeed this is a very laid-back album in the style of America and Crosby, Stills & Nash. Not a problem since I'm a fan I of both but unlike their folk-pop peers, Alfalpha didn't have a well of great songs at their disposal. Vocally and as expected, the trio blends well with jangly acoustic and occasionally but not often enough electric guitars and yet nothing here sticks, although tunes like the sugary sweet 'About You' and the windswept "Sky Turned Red" are certainly passable. One single "If I Can Just Get through Tonight" was released and it too is a pleasant little ditty but with so much ground breaking competition in 1977 it never stood a chance. Too late for the Laurel Canyon heyday and too early to hitch-up on the Paisley Underground movement; Alfalpha were a melancholic minor league oddity in the wrong era and short of originality.

Main man Nick Laird-Clowes who went on to respected power poppers The Act and later to international success in The Dream Academy, a band I have a great admiration for and although I rarely if ever give Alfalpha a spin on the old turntable, I keep it for the artful Hockney sleeve. Glory Daze Music 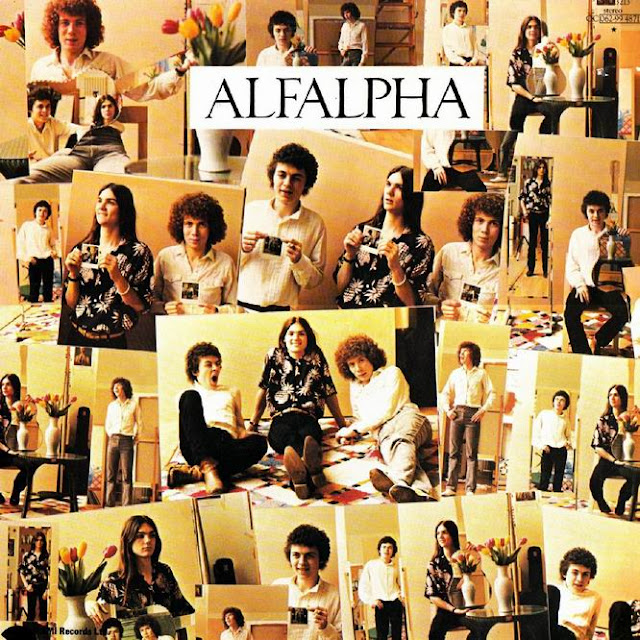