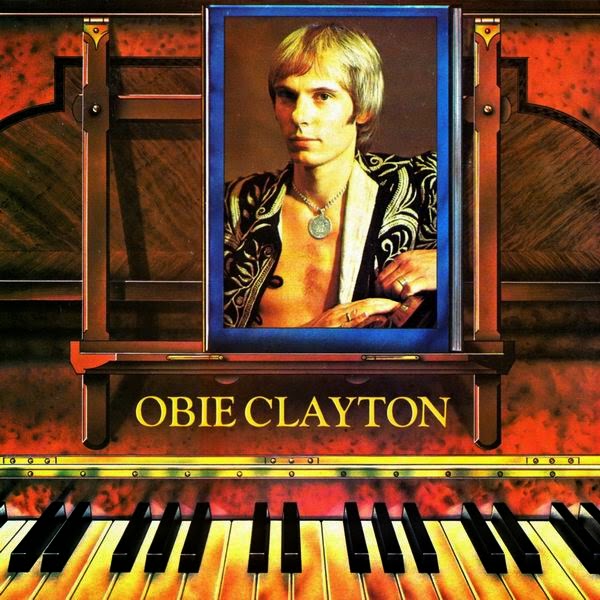 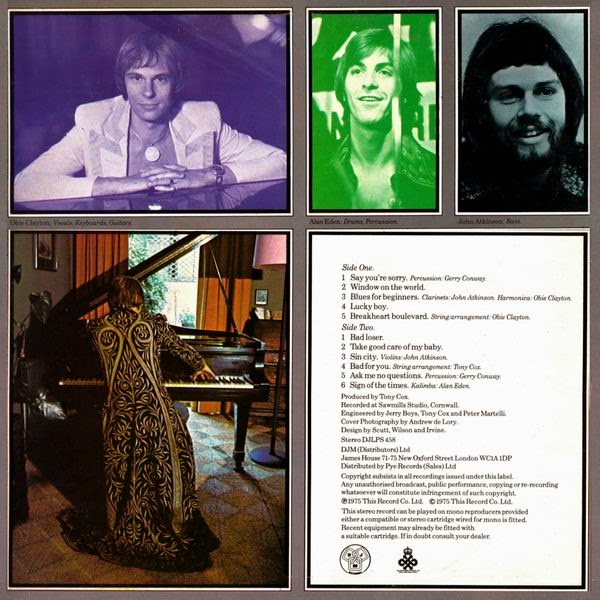 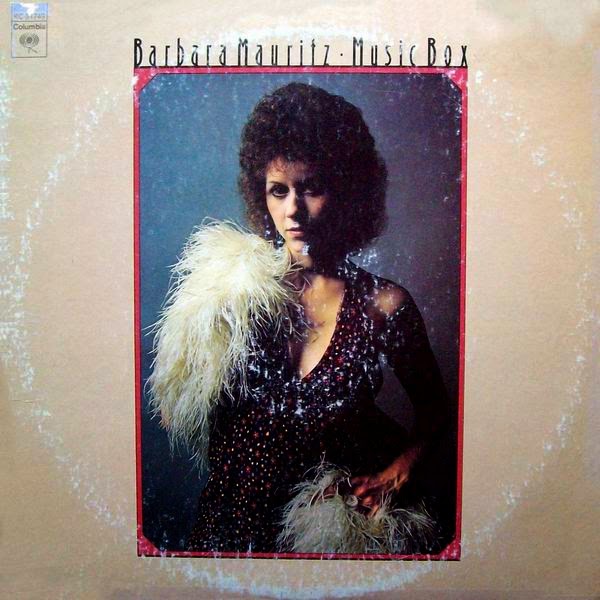 "Say That You Love Me"

Barbara Mauritz is all too familiar with the dangers of stereotyping. Like Janis Joplin, she migrated from Texas to San Francisco at the height of the Bay area rock boom; as a result, she has been inaccurately cast in a Joplinesque bag by a number of cliche-bound observers. In her original San Francisco band, Lamb, she was constdntly experimenting with voried musical styles, but a sizeable portion of the Bay area musical audience always thought of Lamb in its original incarnation as a classicaIly-oriented folk group.

With the release of this, her first Columbia album, which was recorded in New York, San Francisco and Los Angeles,Barbara has proved that she is not one to be confined to a particular musical category. Or as she explains, "The important thmg is to record the best possible music, regardless of style."

The accompanying musicians are well equipped to handle this diversity of musical styles. Her producer, Tommy Kaye, has produced artists as disparate as Loudon Wainwright and The Shirelles, and has several gold records to his credit. Her arranger, musical leader, and keyboard man, Tom Salisbury, has played in country-westetrn, swing, and jazz bands, and has often worked with Van Morrison. 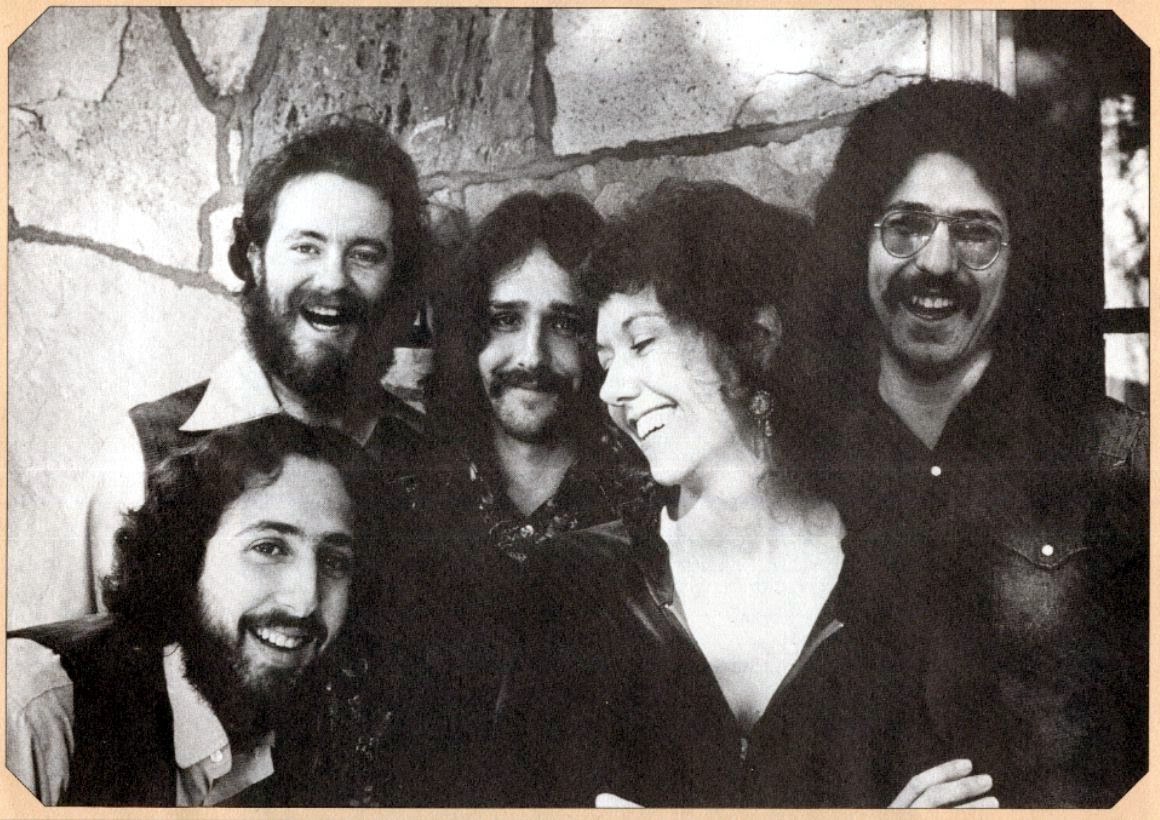 "The "Music Box" theme is more than just a title, because this album has something for everyone. In the opening song, "Sit Yourself Down", Barbara's vocal control is immediately noticeable, as she brings new life to a great song. Also worth attention is Chris Michie's soaring guitar riff. "Drop Down Daddy" comes out as it implies-dropped down and funky. Dr. John's "He Knows What To Do For Me" is presented with a big band/bar type aura. The thing to listen for here, other than Barbara's soothing vocal, is Richard Davis' sliding, standup bass. "All The Love Of My Life is a Lnk Wray tune that highlights Barbara's country background. The interesting thing about "I'm Bound To Be", other than the fact that Barbara co-wrote it is that it was done live in the studio with virtually no overdubbing.

Side two opens with Van Morrison's "I Will Be There", which is another big band number. Curiously enough, Tom Salisbury arranged both Barbara's and Van's versions. "Around And Around" is handled every bit as tough as a Chuck Berry classic should be. "Winter In The Valley" was written by Barbara in the winter of 71-72 and it features a very intricate 5-part string arrangement, that  was done by just two players. Next, upon the advice of Tommy Kaye, Barbara does one of the first and finest lnterpretations of Loudon Wainwright's "Say That You Love Me". The most lavishly produced track is "The Whale", which features approximately 30 people recorded live in our San Francisco studio. This wlll probably remain an unheard of feat for quite some time. "Music Box", the last tune on the album, is another Mauritz original. It's a beautifully simplistic tune that not only changes the musical mood, but also ties the entire concept of the package together.
While you're getting into the album, Barbara is taking care of a few otber projects. For instance, she and Earl Scruggs are doing the soundtrack for the Robert Radnitz/Mattel (the people who did "Sounder") production of "Where The' Lilies Bloom". She and her band are also preparing to tour; hopefully, at which point, you'll get to see her work-out in person. By the way, Barbara is a full-time mother, which should give you a clue as to how Joshua got his picture on the insert. 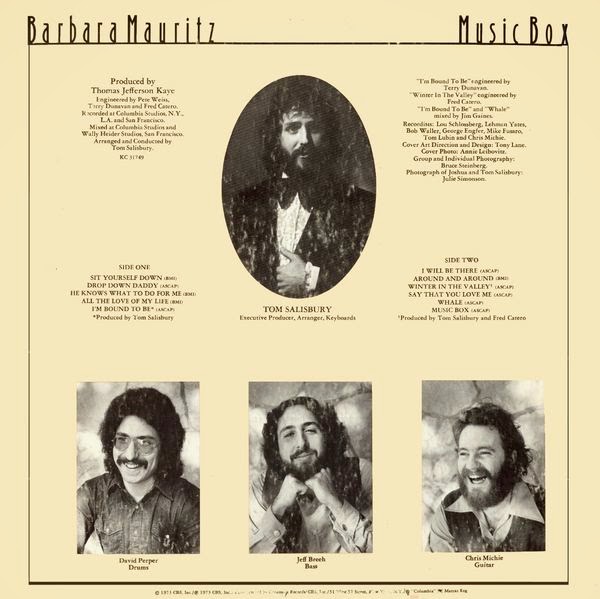